"People [at higher risk] should get tested," Tello says. She says when a patient's blood screening test shows levels of vitamin D between 20 and 32 ng/ml, "I recommend that they take between 1,000 and 2,000 international units of vitamin D daily, indefinitely."
Tello says that if a patient has a blood level below 20 ng/ml, then she usually recommends they temporarily take a higher dose of supplements. 4,000 IU a day.

Scientific Reviews show vaccinating Children and Elderly is ineffective
Cochrane has issued several reports addressing the effectiveness of flu vaccines on infants and the elderly — two groups that tend to be the most targeted by flu vaccine advertising — and all have had negative findings.
"The available evidence is of poor quality and provides no guidance regarding the safety, efficacy or effectiveness of influenza vaccines for people aged 65 years or older." 18
18. [Vous devez être inscrit et connecté pour voir ce lien]
=> We included 75 studies. We were unable to reach clear conclusions about the effects of the vaccines in the elderly.

Annual Flu Vaccinations may raise Risk of more serious Infections
Research published in 2014 concluded that vaccine-induced protection against influenza was greatest among those who had NOT received a flu shot in the previous five years.21 The flu vaccine may also increase your risk of contracting other, more serious influenza infections.
- Data shows people who received the seasonal flu vaccine in 2008 had twice the risk of getting the H1N1 "swine flu" compared to those who didn't receive a flu shot.22
- Compared to children who do not get an annual flu vaccine, those who receive influenza vaccinations have a three times higher risk of hospitalization due to influenza.23
Research also shows that statin drugs — taken by 1 in 4 Americans over the age of 45 — may undermine your immune system's ability to respond to the flu vaccine.24,25,26 When you consider the low efficacy rate of the flu vaccine in any given year, getting vaccinated if you're on a statin may well be a moot point.
Independent science reviews have also concluded that influenza vaccine does not appear to prevent influenza-like illness associated with other types of viruses responsible for about 80 percent of all respiratory or gastrointestinal infections during any given flu season.27,28,29,30

Vitamin D is important for Optimal Health and Disease Prevention Year-Round
To give one example of health benefit from vitamin D uptake, vitamin D may help protect against age-related diseases such as Alzheimer's. Research33 shows vitamin D extends lifespan in nematode worms by 30 percent and helps slow or even reverse accumulation of beta amyloid protein, which is a hallmark of Alzheimer's.
Vitamin D deficiency has also been linked to heart disease, cancer, diabetes, depression, autoimmune disease and many other chronic diseases. As noted in a recent issue of Orthomolecular Medicine News:34 "Research on the health benefits of vitamin D continues at a rapid pace. There were 4,356 papers published in 2015 with vitamin D in the title or abstract and 4,388 in 2016 …" Among some of the most impactful studies are ones demonstrating:
- Health benefits from sun exposure unrelated to vitamin D production. One recent review concluded benefits of sun exposure includes lower rates of cancer, heart disease, dementia, myopia, macular degeneration, diabetes and multiple sclerosis. My belief is that the majority of these benefits are due to the near-, mid- and far-infrared wavelengths.
- Benefits of higher vitamin D levels during pregnancy. Research demonstrates preterm births steadily decrease as vitamin D levels increase among pregnant women. In one study, raising vitamin D blood concentrations from 20 to 40 ng/mL decreased preterm births by 59 percent.
- Reduction in cancer risk from vitamin D supplementation. One pooled analysis showed that women with higher levels of vitamin D had much lower incidence rates of cancer — from a 2 percent per year cancer incidence rate at 18 ng/mL to 0.4 percent at 63 ng/mL.
(=> 5 times less, editor’s note).

The Role of Vitamin D in Disease Prevention
A growing body of evidence shows that vitamin D plays a crucial role in disease prevention and maintaining optimal health. There are about 30,000 genes in your body, and vitamin D affects nearly 3,000 of them, as well as vitamin D receptors located throughout your body.
According to one large-scale study, optimal Vitamin D levels can slash your risk of cancer by as much as 60 percent. Keeping your levels optimized can help prevent at least 16 different types of cancer, including pancreatic, lung, ovarian, prostate and skin cancers.

How does Vitamin D can help optimize your Health?
Infection-fighting T-cells need help from vitamin D in order to activate.
When a T cell recognizes foreign invaders like bacteria or viruses, it sends activating signals to the vitamin D receptor (VDR) gene.
The VDR gene then starts producing a protein that binds vitamin D in the T cell. A downstream effect of this is PLC-gamma1 protein production, which subsequently enables the T cell to fight the infection. At the time, lead researcher Carsten Geisler told Food Consumer:12
"When a T cell is exposed to a foreign pathogen, it extends a signaling device or "antenna" known as a vitamin D receptor, with which it searches for vitamin D. This means the T cell must have vitamin D or activation of the cell will cease. If the T cells cannot find enough vitamin D in the blood, they won't even begin to mobilize."
With that understanding, it's no wonder flu shots don't work. Flu vaccines do absolutely nothing to address the underlying problem of vitamin D deficiency, which is effectively hindering your immune system from working properly.
In fact, flu vaccines tend to deteriorate your immune function, and their side effects can be significant.

T-cells need help from vitamin D. T-cells sends activating signals to the vitamin D receptor (VDR) gene.
"When a T cell is exposed to a foreign pathogen, it extends a signaling device or "antenna" known as a vitamin D receptor, with which it searches for vitamin D. This means the T cell must have vitamin D or activation of the cell will cease. If the T cells cannot find enough vitamin D in the blood, they won't even begin to mobilize.

How does Calcitriol avoid triggering autoimmunity?
Scientists are pretty sure that vitamin D (calcitriol) is important for strengthening the immune system. What isn’t known yet is how much vitamin D you need so there is enough calcitriol to maximize the way your immune system works.
Certain B cells and T cells have vitamin D receptors and can respond to calcitriol whereas some phagocytes can convert 25-hydroxyvitamin D into calcitriol. This suggests that phagocytes may communicate with T and B cells through calcitriol.
Vitamin D, as calcitriol, influences the immune system in two ways:
- The presence of adequate levels of vitamin D and calcitriol keeps the T cells from attacking the body’s own tissues. Calcitriol avoids triggering and arming the T cells during autoimmunity. Blocking the production of those cells decreases the ability of T cells to recognize the native protein as foreign, so fewer killer T cells are produced.
- Calcitriol blocks chemicals that kill native tissue. As it decreases the number of T cells, calcitriol also diminishes the role of B cells in producing chemicals to destroy native tissue. The antibody response to the body’s own tissue is decreased and the reaction is blocked. For example, diminished destruction of the beta cells of the pancreas, the cause of type 1 diabetes, are proposed to result when adequate levels of vitamin D and calcitriol are present.
Source: [Vous devez être inscrit et connecté pour voir ce lien] Alan L. RUBIN 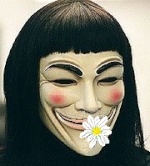